CAUTION! It’s extremely hot!
You really think you are ready? Then try it now!
Don’t tell me you believe that Japanese food is not spicy at all!
Japan has spices called Ichimi Togarashi/Shichimi Togarashi, and they are much

red chili pepper and 6 other ingredients. 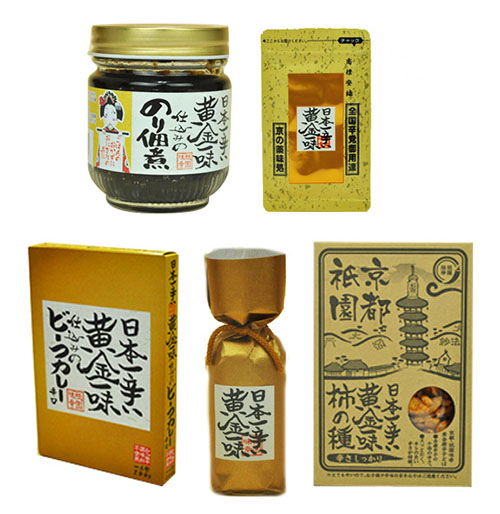 Most ichimi togarashis are red-colored, but the color of OUGON ICHIMI
is gold in color, which makes it very unique among others.
It’s the spiciest kind of cayenne pepper, and a research shows that

it’s 10 times as spicy as other types of cayenne peppers.
Yes, it’s definitely spicy, but it’s not only spicy but also very flavorful!

Please be sure not to eat too much at once if you are not good at spicy taste!

〇Ougon Ichimi 13g (bottle) : The Golden Ichimi is packed in a bottle

[Storage]
Keep away from direct sunshine, high temperature and humidity. Store at room temperature.
(Please consume as soon as possible after opening package)

※A design of package may change without notice.